Parenting time, colloquially referred to as child custody, is frequently a contentious issue in divorces. If you are facing a child custody issue of any sort, please don’t hesitate to contact a Memphis, Tennessee child custody lawyer from Rice Law. Our firm is here to offer you the compassionate and steady guidance you need.

Our Memphis, Tennessee family law attorney can be an essential advocate in your case, especially when you’re faced with challenging circumstances or are dealing with abuse in any form. Hiring a lawyer can absolutely affect the legal outcome of your custody decisions, which is why you cannot afford to proceed without one.

The Basics of Child Custody in Tennessee

The mother generally has an edge in child custody litigations. Although the courts are supposed to favor joint custody, each judge will have an individual preference.

Disagreement over child custody is almost guaranteed to put you right in the middle of a bitterly contested and expensive divorce. Child custody cases are the most destructive litigation. Be sure that the children would be significantly better off with you than the other parent before you get involved in a custody fight. Custody cases are expensive in both emotional and legal costs. The damage caused by winning a custody case is great; the damage caused by losing is terrifying.

Joint custody will usually be approved by the court if the parties do so by agreement and there is a “primary custodian.” The primary custodian is the one the child primarily lives with and has final decisions on issues such as school, medical care, and other issues. By agreement, one parent can be responsible for some areas and the other parent can be responsible for other areas. Joint custody is more rarely awarded in contested cases.

Determining Who Receives Custody in Tennessee

The legal standard in deciding who will get custody is what is in the best interest of the children.

Every judge sees it differently. If the judge’s father abandoned his family and the judge’s mother slaved day and night to help her son through law school, then the judge will have a hard time understanding why a father should have custody.

Some judges are more moderate, but there are no courts in Memphis where the father has the advantage in child custody litigation.

If the court takes custody away from the mother, it usually has to have a good reason to do so.

The criteria for custody are set out in a statute, TCA 36-6-106, a copy of which is in the Custody Appendix. They include the following:

If there is custody litigation, you must be able to show the judge that the child is better off with you. Photographs of you and your child having a good time doing things together is useful evidence.

This is a good time to subscribe to publications such as Parents magazine. Buy some books about children, parenting, and getting children through divorce. Attend seminars and keep the brochures and literature. Do these things for your child and yourself, not just to impress the judge.

The Parenting Program was adopted as a pilot project in a few courts in Tennessee. It requires that the party starting the divorce process file a “Temporary Parenting Plan,” which sets forth various issues from custody to parenting time, to child support, to vacations. This plan can be agreed to by the parties.

If it is not a “joint plan,” then mediation must be scheduled in an attempt to reach an agreement. If an agreement is not possible after mediation, then the judge must hear proof and set the plan as the judge sees fit. There is a provision in the law for “no visitation” and exemption from mediation in cases of spousal or child abuse.

Both parents can be required to attend the “Children Cope with Divorce” seminar or one like it. Failure to participate in these programs can lead to a party being found guilty of contempt of court. If the litigation gets very bitter, the court may consider placing the children with someone other than the parents. However, the parents must be shown to be unfit before the children will be given to someone else.

Parental kidnapping is an issue that has received a lot of attention in the media. As a result of this publicity, legislation has been passed in every state and by the federal government trying to stop this ugly situation. If you are unhappy with a court ruling on parenting or visitation, do not take the law into your own hands by taking or keeping your children in violation of a court order. Sooner or later, you will be caught. When you are caught, the judge in your divorce case will not be pleased. Also, the judge in your criminal trial will be unpleasant as well.

Many parents who kidnap their children lose their parenting rights for a period of time. Some go to jail, which also hampers visitation. The kidnapping parent can be limited to supervised visitation – which means the children can only visit that parent while under the supervision of an agency or other person that the court trusts – with the visiting parent usually required to pay a fee to the supervisor who keeps an eye on that parent. You do not want this.

If your children have been taken or held by their other parent in violation of a court order or against your will in the absence of any court order, you need to get legal help right away. There are many ways to track down kidnapping parents, and it is usually easier to find them when the trail is still fresh.

Any child custody matter should be dealt with alongside a competent and experienced Memphis, Tennessee child custody lawyer. Our firm has fought on behalf of clients facing custody matters for years, and we are prepared to fight for you as well. Contact Rice Law today. 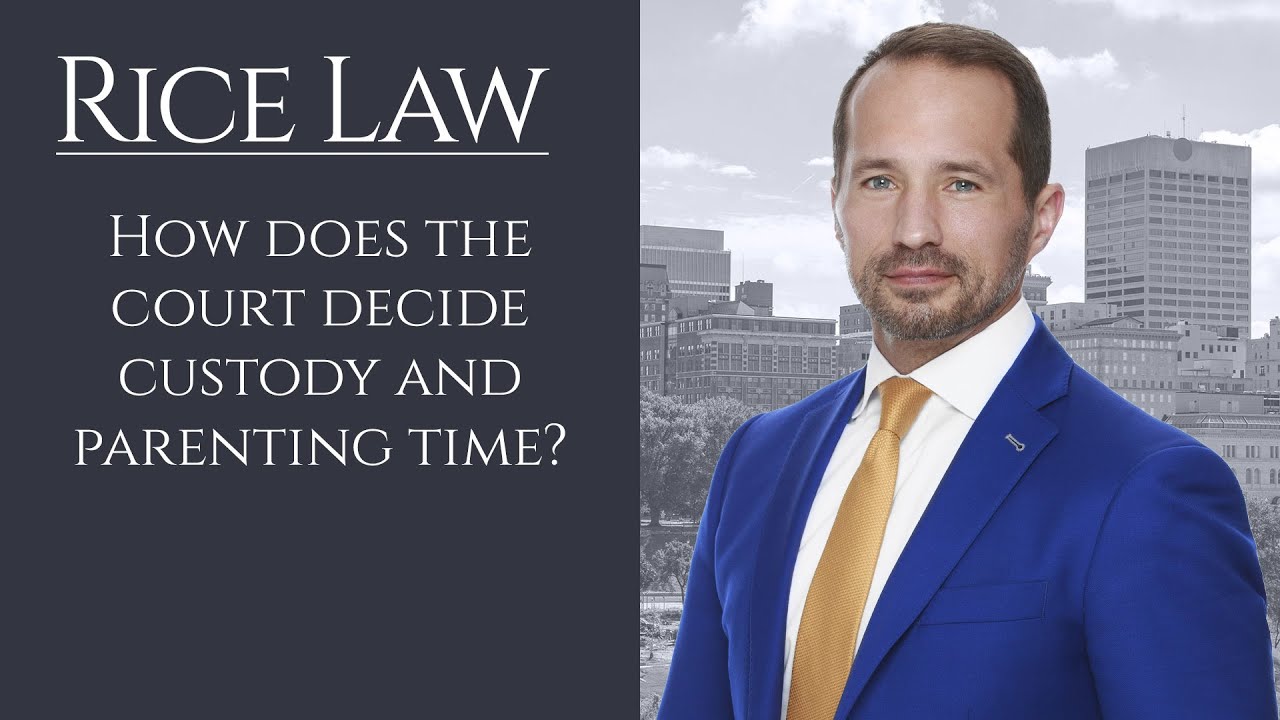